Back to Headline Comedians 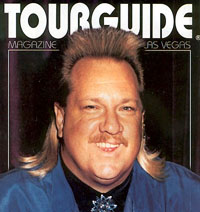 His career began as a Star Search finalist. He won the Siegfried & Roy's Silver Lions Head Award for Comedy magic, and was named Comedian of the year for the Arizona Entertainment awards. He has appeared on two shows for NBC "World's Greatest Magic, and World's Wildest Magic. He has been entertaining crowds for years, not only in Arizona but around the world. He is one "Funny Guy".