Magic for Corporate Events and Parties 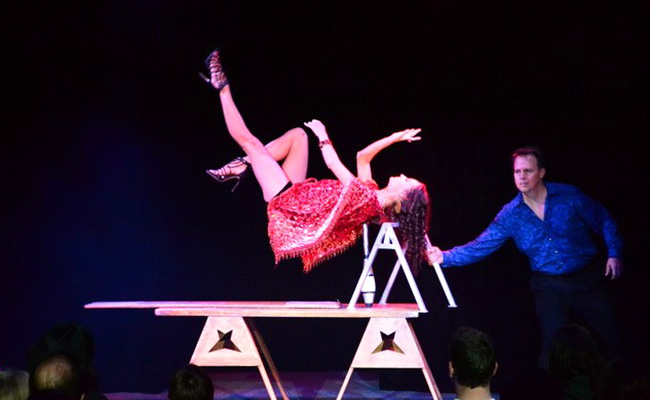 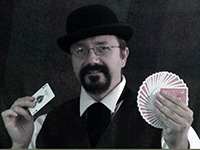 Our magicians stay on the cutting edge of magic mastery, constantly upgrading and reinventing their craft. Using ‘quicker than the eye can see’ techniques, they have your guests wondering "how did he do that?"

This artist is not only charismatic but has been dazzling audiences with his juggling, magic and illusions since 1980. His close-up magic and walk-around is unsurpassed and his fast-paced one-man show is always a crowd pleaser. He will ride a unicycle, completely blindfolded while juggling swords; he also performs skilled manipulation of steel rings, dramatically linked and unlinked. He can also perform a grand illusion show that is sure to be a crowd-pleaser.

This magician has been producing smiles and laughs with his magic for the last ten years. Known as the "Doctor of Magic", he has studied in Europe with Cellini, and New York’s Slydini. In some of his close-up routines, he uses cards, coins and money. He is the holder of the 1st place in Arizona Close-up Magic Championship.

This magician's personable manner and unique personality engage people's attention. Spectators become participants as they take part in creating the magic. Energy and enthusiasm build to a hilarious and tasteful crescendo.

This magician has the ability to capture the crowd with his humor and wit. Your guests won't believe their eyes whether they experience his intimate magic show or his grand illusion.

As a comedy magician, this entertainer has performed all over the world. This includes television shows in 5 countries, three summer seasons in Italy, six months touring Australia, numerous trips to the Persian Gulf and fifteen different cruise ships. He has also worked as an actor, master of ceremonies, presenter and voice over talent, for radio, television, commercials, industrials, and live performances.